Union of Hope – My European prescription

The state of the Union has never been so clouded. The European Union is arguing with itself. Between populism and rationalism a huge gap divides the European family. Despite this, the world keeps on moving. The challenges are increasing. The future is waiting. So how can we get the European Union fit for the future? Here my prescription for the EU.

The European Youth is not able to value the peacekeeping aspect of the European idea. It has never witnessed a war and hopefully won’t ever be involved in one. So which instruments can be used to encourage the young generation to deal with Europe?

We are witnessing changes in every aspect of our every day life. The economy, technology, our consumer habits, our society and many domains are showing new forms of development. Just the way how we understand our democracy has not changed for quite a long time. Even within the EU institutions there are doubts in recognizing the Union with its departments as a role model for democratic values. This needs to change.

Overall the European Union will always depend on its members. Subsidiarity and Centralism must complement each other. Using the next generation as the new base of a future-friendly European Union is the key to success. Giving them the share they deserve will maintain a long term period of peace, prosperity and happiness among the regions. That will be the next part.

The European Union has to heal its wounds. Like a patient it should not do it by itself, but take the advice of experts. The European Union is rich in talents. Only when the European Union sees its citizen as a resource of energy, innovation and knowledge, we can update the Union to something else than an international institution: A transnational society project.

Let´s all work on it!

What is your view? Comment and let us know:
Categories: Politics

Founder of Young Leaders Hub. Began his political engagement with 13 years as elected member of the cities Youth Council of his hometown Wuppertal. Since then his passion for politics, democracy development and strategic visions grew. Studied Political Science and Law at the Universities of Marburg and Bielefeld. Now he is a Political Consultant with focus on Rebranding, Campaigning and Strategy for political parties, politicians, candidates, international institutions and NGOs.

We will boost your idea.

An idea can change the world. Sometimes your surrounding won’t respond to your vision like expected. Getting feedback, recuiting volunteers or just finding the wished audience can be nerve wrecking. Young Leaders Hub will provide you a plattform with the audience, that you have always wished for: Future Leaders, Opinion Makers and Pioneers with the desire to built a better world. Motivated to share and discuss your idea, the community of Young Leaders Hub will push your idea to new levels.

The turnout for the European elections is falling steadily. Why does this important election not attract citizens to the ballot box? Can the public not identify themselves with the European Union because the European institutions Read more…

Migration is an ongoing process. In 2017 about 260 million people were living outside of their country of birth. Countries are especially affected by migration of well-educated professionals, scientist and intellectuals, who should be the Read more… 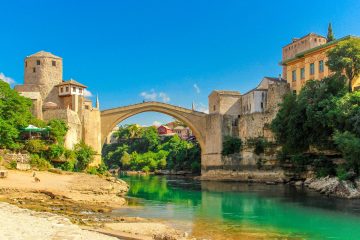